Yvonne and Bill Greenwood will celebrate 65 years of marriage on Wednesday April 14. And joining them in this auspicious event is Queen Elizabeth II.

Ms Greenwood said this is not normally done for South Africans anymore. That only countries where Elizabeth II is head of state are eligible to receive messages. But their niece Cathy Roussouw, who lives in England, managed to arrange it.

With sunshine streaming into their Bergridge retirement village home, the couple held the card which arrived by courier on Monday March 29. On the cover, a photo of the queen, inside a message: “It gives me pleasure to send my best wishes to you for your sixty-fifth wedding anniversary on 14th April 2021. I hope your day will be filled with happy memories.”

It is signed Elizabeth R.

The couple met at St Michael and All Angels Church in Observatory where they played badminton and tennis. They were married in the church in 1956 by the late Reverend WBM Barron.

The couple moved to Durban when Mr Greenwood was offered a promotion. He was working as an administration manager at Lion Match Company in Observatory.

Ms Greenwood worked at Reckitt & Colman after their two daughters were grown up. Before having children she worked as a secretary and in Durban she worked for Missions to Seamen, an organisation that assists with seafarers’ welfare.

After moving to Fish Hoek, their life was busy. They both joined St John Ambulance, a volunteer-led, charitable non-governmental organisation dedicated to the teaching and practice of first aid. Mr Greenwood was an ambulance officer and was awarded the Most Venerable Order of the Hospital of St John of Jerusalem. Currently Queen Elizabeth II is the Sovereign Head of The Order of St John.

Ms Greenwood was an ambulance cadet officer who looked after a division of volunteers teaching first aid and sewing.

They also helped to cook in the kitchen at Fish Hoek Meals on Wheels, once every three weeks. In fact Mr Greenwood is a chef of note having entered what was the Argus Cook of the Year competitions. He came forth one year and second the next, creating his own recipes, a meat pate and Chicken Bonanza Ponderosa.

The couple also enjoyed dancing and were members of False Bay White Heather who originally did Scottish dances, then ballroom. They closed because of the coronavirus.

Since they moved to Meadowridge they are both involved in the community.

As for sport, in Durban Mr Greenwood played bowls and Ms Greenwood joined him when they moved to Meadowridge. Mr Greenwood won the open and novice prizes in the same year, something he believes that no one else has done in the same year. In 1980 he was on the winning team of the Western Province Trips.

“If I’m asked what the secret is to a long marriage, it’s never going to bed bearing a grudge. You must sort out your arguments or spats and apologise,” said Ms Greenwood. Hubby quipped, “You never know if you’ll wake up in the morning.”

And it appears to have worked for this couple despite being tested with their daughter Beverly Greenwood. After studying to become a paediatric audiologist and graduating at age 22 she got a terrible virus and brain damage. She was given two years to live and was placed in a home because the couple could not work and look after their daughter at home. She died on her 45th birthday.

Due to the coronavirus Yvonne and Bill Greenwood will celebrate their anniversary with their daughter, Karen Brooks, and grandsons Nicholas Asher, 22, and Thomas Brooks, 28. 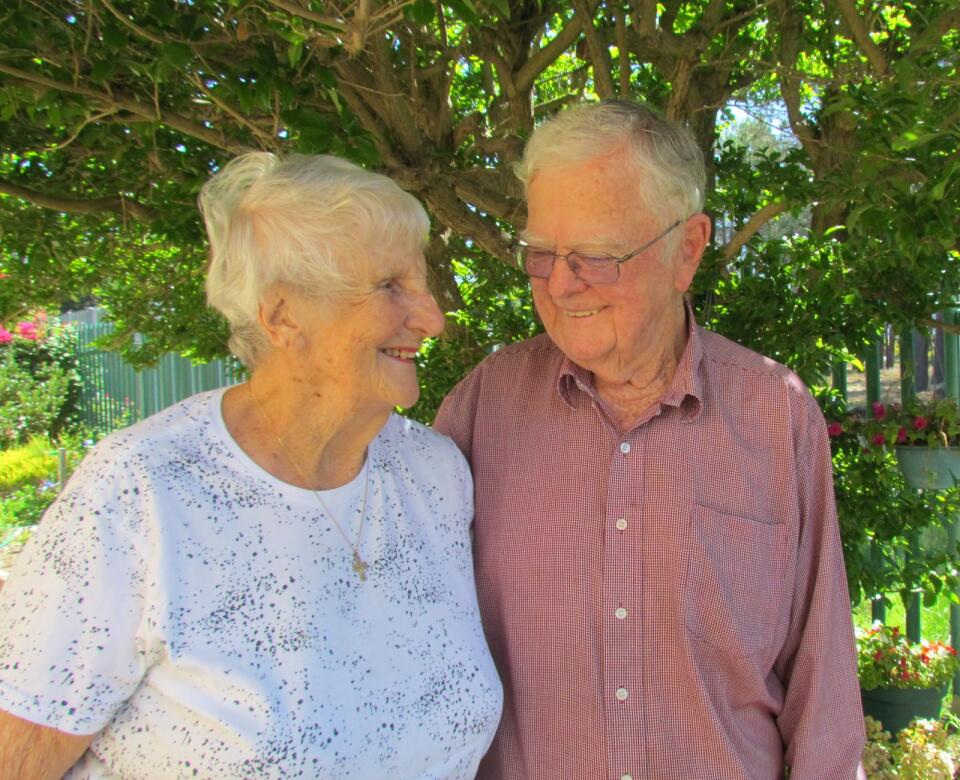 1/3: Secret to a long marriage, never going to bed bearing a grudge. 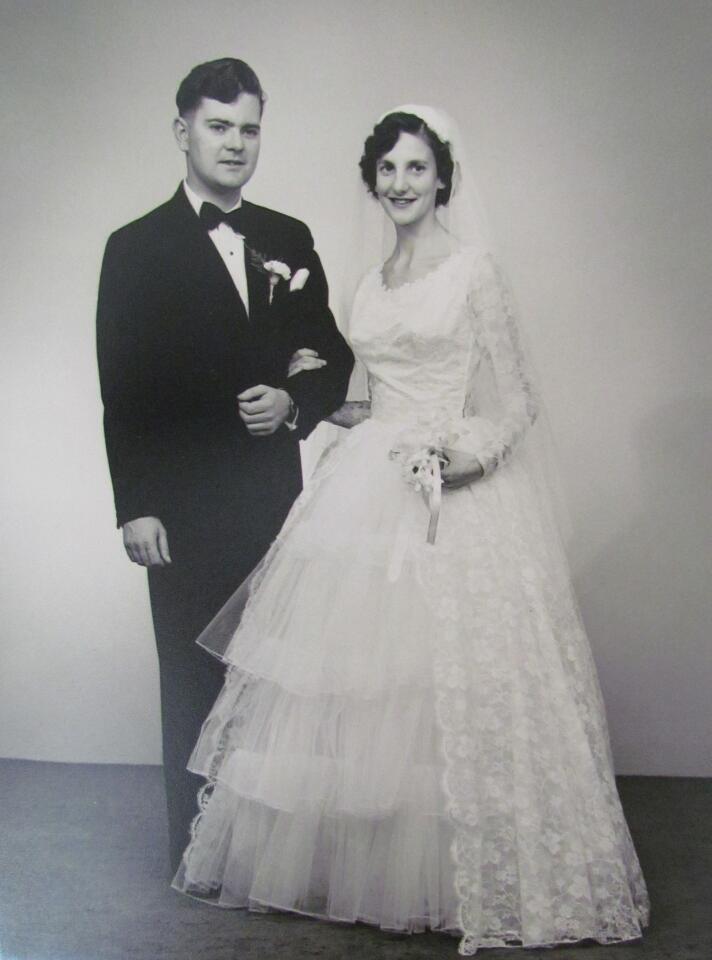 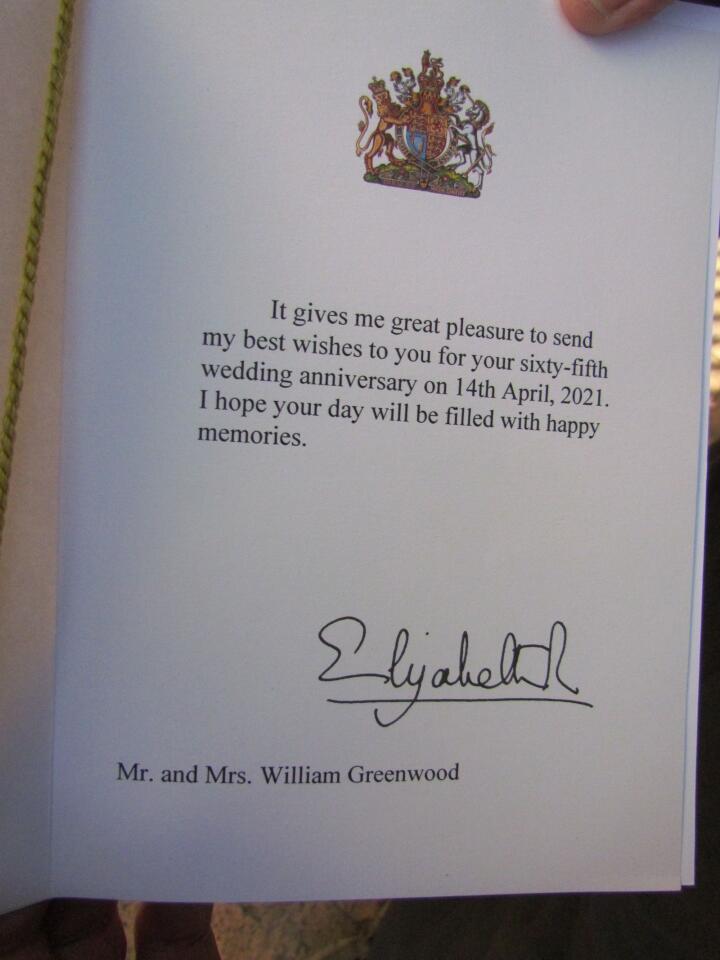 3/3: Nowadays only countries where Elizabeth II is head of state are eligible to receive messages but their niece Cathy Roussouw, who lives in England, swung it.