The fate of Central Primary School continues to hang in the balance as the Department of Public Works and Infrastructure (DPWI) decides what to do with it.

In 2015, South Peninsula High School pupils marched to Central Primary, saying they wanted to occupy and repair the abandoned school. The principal at the time, Brian Isaacs, said they had applied in 2006 and again in 2011 for the facility and would be responsible for its upkeep. Since then, however, extensions have built on to South Peninsula High.

Central Primary covers nine plots between Diep River Main Road and the railway line. It fell under the spotlight at the recent Sub-council 20 meeting on Wednesday March 17.

Councillor Carol Bew said the school was supposed to have been boarded up two years ago at a cost of R1m. Chairman of the sub-council, Ian Iversen, suggested a site visit. This was done on Thursday March 25.

A problem buildings unit official said social services had taken details of the eight to ten people who say they have lived at the school for about six years. Ms Bew said residents near the school had given her the impression that about 50 people were living on the property.

The building itself appears to be structurally sound but most of windows are broken and it has been stripped of window frames, floorboards, parquet, piping, geysers and urinals.

Councillors Bew and Iversen said they would like to see the school used by the nearby GlenBridge Special School and Resource Centre. Its principal, Denville Dawson, said his efforts to obtain the building had so come to nought.

“The neighbours and council members tried to assist the school, but the impasse seems to be between the national and provincial departments of public works,” he said.

DPWI spokesman Lunga Mahlangu, said the property had initially been earmarked for educational purposes under the provincial government.

“All necessary paperwork was completed and the property transferred. However, the province changed its stance and indicated that they do not have the necessary funding to take over the property. Immediately, thereafter the property was vandalised and unlawfully occupied,” said Mr Mahlangu.

“The department is now embarking on a process of advertising unutilised state-owned properties for rental. If none of the government departments are interested the property will be advertised via the open tender process,” he said.

Provincial Department of Transport and Public Works spokeswoman Jandré Bakker said: “Taking on caretakership would oblige the Western Cape government to restore the building to a usable state at its own expense. And being liable for multiple year’s rates and taxes from the date agreed, even though the provincial government has not had, and still does not have, the use of the facility.”

Resident Shelley Becker said it was distressing seeing how the building had deteriorated.

“The blatant destruction and removal of anything and everything considered of any value. This despite the many attempts of neighbours complaints and interaction. It is now a total health and fire hazard, which is not only impacting the buildings themselves, but the surrounding neighbours. One has also become too afraid to say anything due to the aggressive attitude of the current inhabitants. Help is urgently needed,” said Ms Becker. 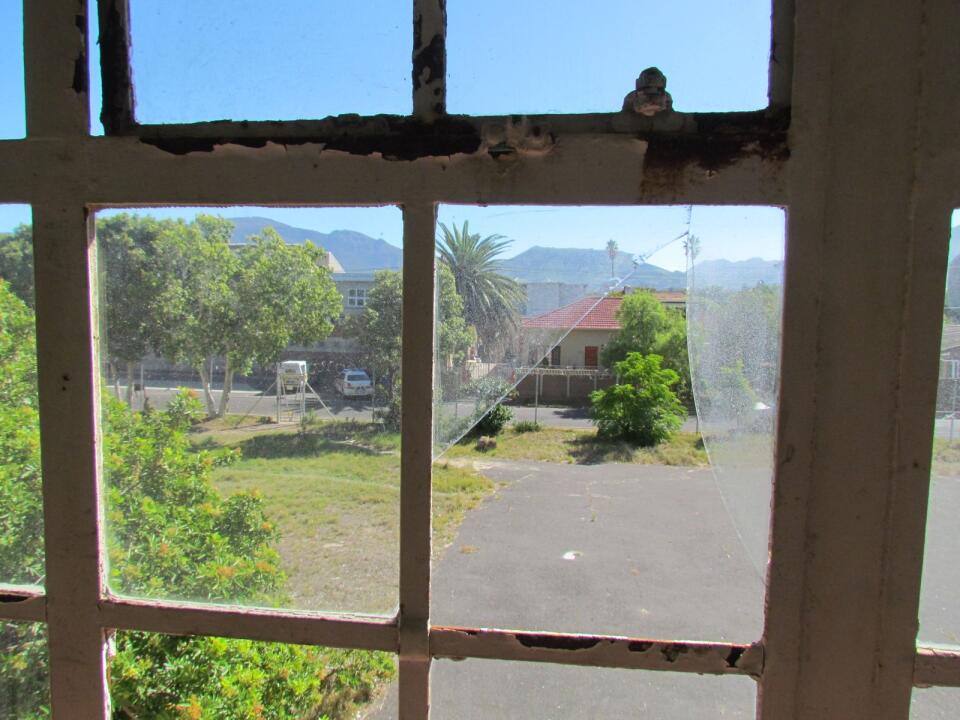 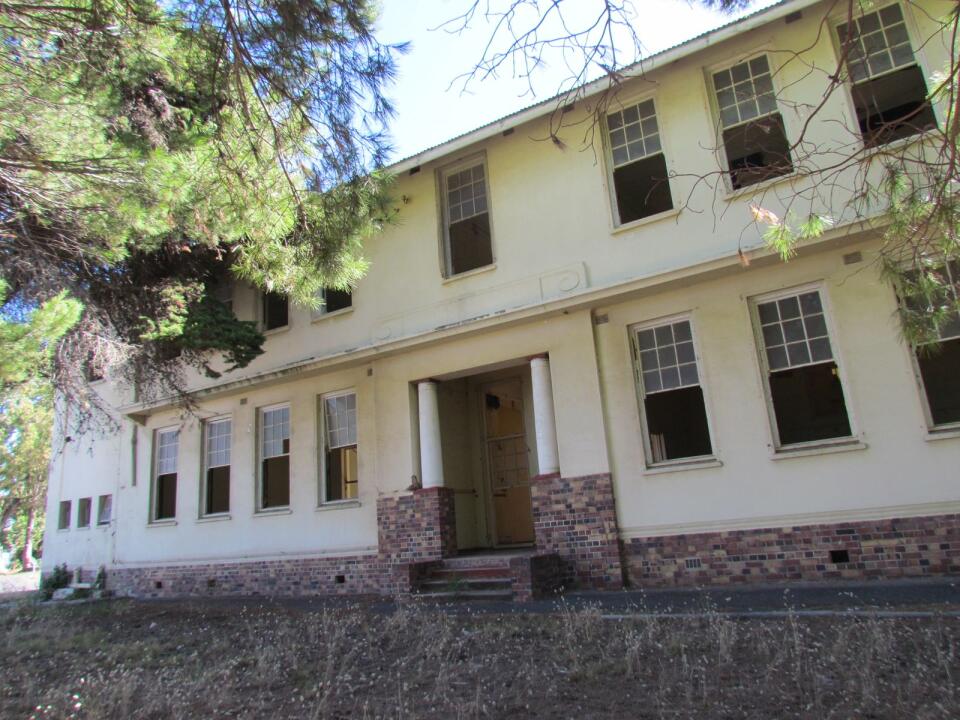 2/2: The building appears to be structurally sound but has been stripped of anything of value.