Several developments and subdivisions that a civic leader believes are bad for the Constantia valley are linked to a cluster of private companies with the same names behind them, and one of these developers is a lawyer with a reputation for flouting building regulations.

The developers appear to be taking advantage of the City’s densification policy, buying up properties, often from owners who find themselves in financial difficulties, subdividing the plots, building wall-to-wall houses and reselling at huge profits.

Bergvliet Meadowridge Ratepayers’ Association (BMRA) chairman Mark Schäfer says these developments are a threat to the low-density and suburban “Capeness” of Tokai and Constantia.

“Before my time as chairman, a local structure plan for our area was on the cusp of being approved by the City – which would have seen our area preserved for what it is – when the regulatory environment changed and local structure plans could no longer be approved. We will be seeking advice as to how we can protect our area from inappropriate development by regulation since the officials seem to side with the applicant to the detriment of the existing community,” he said.

We visited over 20 of properties to find that many had the same things in common: owners buying under names of private companies – Midnight Feast, Klein Constantia, Cohesive Residential, Quattro, Pure Capital.

The plots have new double-storey dwellings, or are under construction, with little space between boundary and building; corner plots are preferred with access from two roads.

Some of these subdivisions allow for prior comments from neighbours, many do not.

Neighbours to a Palm Street development in Tokai said the owner, Midnight Feast Properties 157, had removed all vegetation, pushed back the boundary wall to the neighbouring property and erected two double-storey dwellings on the plot. Mr Hufkie is the sole director of Midnight Feast as well as another private company, Klein Constantia Properties, registered in November last year. Mr Hufkie told the Bulletin that his plans had been approved by the City and what he had built was permitted under the by-laws.

St John Fuller is living with the aftermath of a similar subdivision on a Hancock Street plot in Plumstead (“Lawyer in property row,” Bulletin June 21, 2018). Mr Hufkie bought the property in 2017 and submitted a motivation letter for subdivision written by Kanga Muanda, director of JM Land Surveyors, to develop the existing dilapidated house into two semi-detached double storey dwellings flush against the existing house.

The size of the space, the letter says, was now a maintenance burden and attracted reptiles, illegal activities and dumping by vagrants.

Mr Muanda wrote that there was no longer a minimum property size policy in the area and the application was in line with the City’s densification policy.

Mr Fuller said every time it rained heavily the run-off ended up pooling outside and inside his garage. “We informed the council about the issue and their response was indifference. Again completely expected,” said Mr Fuller who is one of many neighbours who objected to the development.

At that time, the Bulletin reported on the Plumstead properties, the City said it had previously fined Mr Hufkie for unauthorised building work. Eddie Andrews, the then mayoral committee member for area south, said Mr Hufkie had been fined several times for flouting municipal building regulations.

Lucian Smith also objected to the Hancock Street houses. “I fear the neighbouring residents at his latest property acquisition in Constantia will go through a similar process and may encounter improprieties when dealing with Mr Hufkie,” said Mr Smith.

Mr Hufkie continued to build at Titus Way despite a stop-works notice. Following up with the City’s planning department, we asked if Mr Hufkie was a serial building-regulation dodger. Marian Nieuwoudt, mayoral committee member for spatial planning and environment, said the matter had been handed over to the legal department to take to court as work had not stopped on site. Demolition was an option, if the building was found to be in conflict with any applicable legislation, she said.

We repeatedly asked City planning if any of Mr Hufkie’s properties had been demolished, how much in fines he had paid and for how many properties. Ms Nieuwoudt did not answer those questions but said the conduct of the owner was taken into account when applications were made to regularise unauthorised buildings or uses, and when determining how big a penalty should be paid. Repeat offenders might also be considered as such by the court in its judgment, she said.

Sthembiso Mnisi, spokesperson for the Legal Practice Council, said Mr Hufkie was enrolled as a practising attorney with them. They had received complaints about him that were currently under investigation, but he would not provide details, saying it would prejudice the investigation.

In the Bergvliet Meadowridge area, about 10 residential properties are in the process of being subdivided and are owned by Cohesive Residential Pty Limited, of which businessman and co-founder of Auction Alliance, Alon Kowen is a director.

According to Mr Schäfer, Cohesive takes money from investors to put into residential property. We tried to contact Cohesive but our emails would not go through to the website address and other contact details are not listed.

The Estate Agency Affairs Board said Mr Kowen is an agent registered under Galetti Commercial and Industrial Pty Ltd. Mr Kowen is also listed as one of the directors of that company.

Alon Kowen’s name came up in sister paper Atlantic Sun when Western Cape High Court Judge Patrick Gamble, dismissed the eviction application by Pure Capital Property, a close corporation that lists Mr Kowen’s Tokai home address as its business address, against eviction of the Hanslo family of Bo-Kaap. In his affidavit, Mr Kowen, as the applicant, said he had bought a unit at Schotschekloof Flats in Bo-Kaap during a sale in execution in May 2018.

We tried to follow up with the Hanslo family, but they have apparently moved to Johannesburg. Jacky Poking, of Bo Kaap Civic and Residents’ Association, recalls how upset the community was at that time and how they tried to raise funds so that the flat would not be sold. She said the property had been sold at auction “for a ridiculously low price” after the Hanslo family had defaulted on their bond. She added: “The purchaser and the auctioneer appeared to know each other and Judge Gamble took all these shenanigans into consideration.”

Mr Kowen is also linked to the purchase, in 2019, of 20 Lochner Road, Constantia. The property was bought by Quattro Partners Pty Limited. Mr Kowen is listed as one of Quattro’s directors. And Wayne Hufkie is Quattro’s lawyer. He is trying to evict the occupants at 20 Lochner Road, whom he says refuse to be served a summons by the sheriff of the court.

We sent questions about all of this to Mr Kowen. He replied: “Due to the fact that my business is private in nature, I do not deem it necessary, or appropriate, to respond to any of them.”

Mr Hufkie said he is an attorney to Mr Kowen who is a director of various entities that he represents. Regarding Titus Way, he said his plans had been passed and the City had not taken “further proceedings against the owner”. He added that he was not aware of any complaint from the Legal Practice Council. 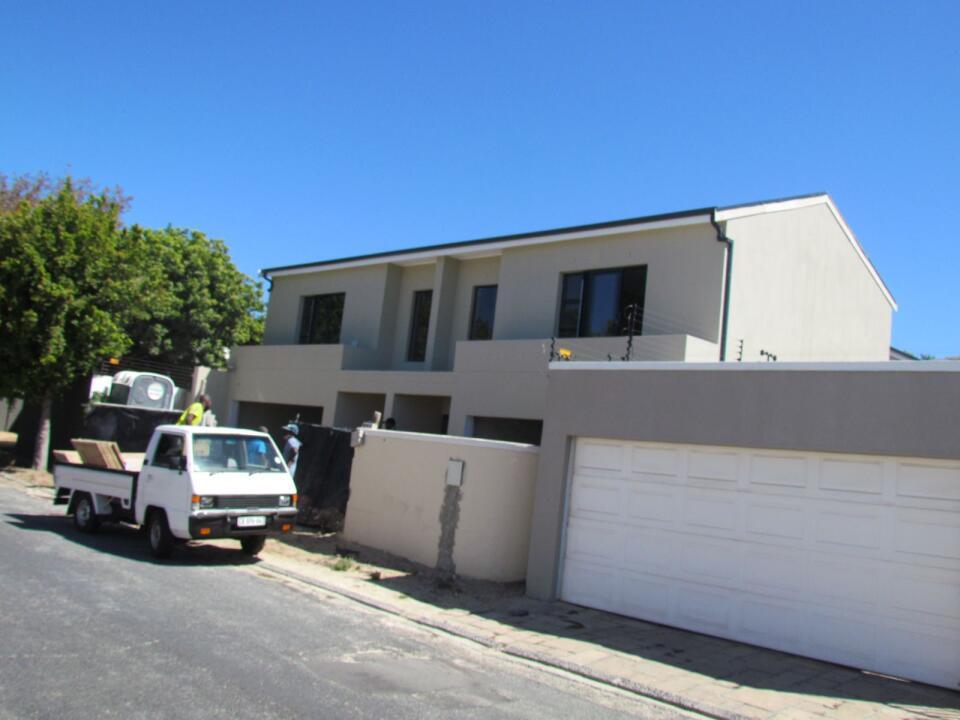 1/2: Pushing the boundary wall, two double storey dwellings on a plot in Palm Street, Tokai, owned by Midnight Feast Trust 157, of which Wayne Hufkie is the sole director. 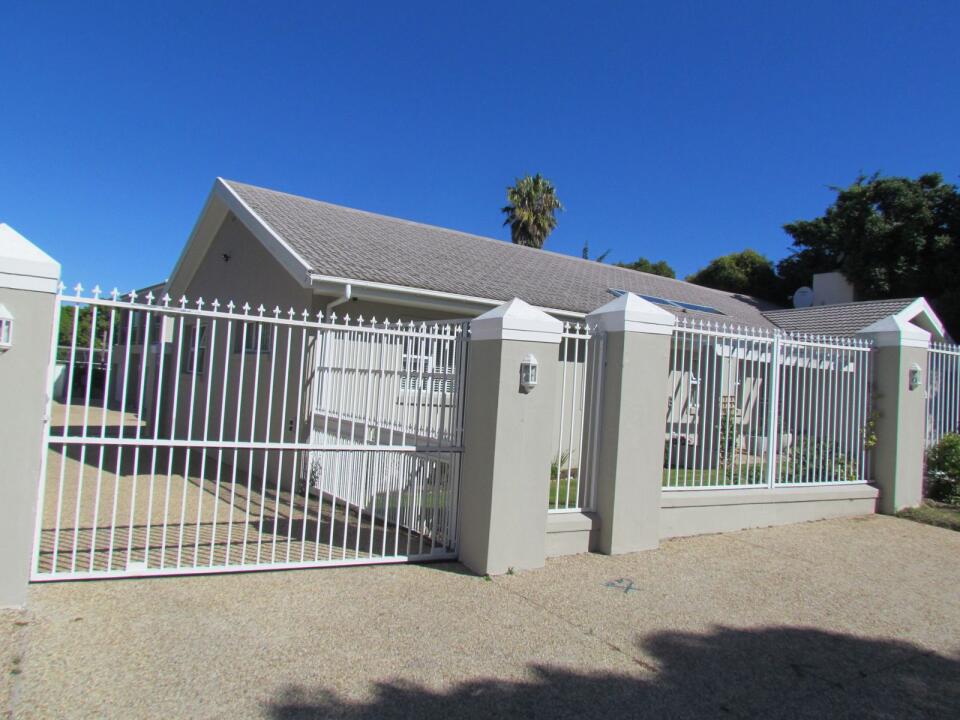 2/2: A property in Walloon Road, Constantia, owned by Wayne Hufkie has a pan handle to the house at the rear of the plot.