Heritage house Zeldenrust, built in 1957, was badly damaged in a fire last week.

The cause was an electrical fault in the roof, according to City Fire and Rescue Service spokesman Jermaine Carelse.

The house is on Porter Estate, in River Road, next to the Stone Church in Orpen Road, Tokai.

The fire broke out on Wednesday April 14 and the call was received at 2.14pm, said Mr Carelse.

At the house on Thursday April 15, Stuart Rix was trying to salvage what was left from the embers. He said he had not been there when the fire had started but had arrived shortly afterwards to watch 20 years of his life go up in smoke.

Mr Rix said the fire engines had arrived very quickly but the damage had already been very bad.

He said he was renting the house from the provincial Department of Transport and Public Works, which, he claimed, had done no maintenance work during the 20 years he had lived there.

Mr Carelse said firefighters from various brigades had extinguished the blaze by 4.20pm. No injuries were reported.

Mr Rix said he had heard that there was a land claim on the property, and yet Jandré Bakker, a spokesman for the Department of Transport and Public Works, said Mr Rix and the others had been unlawfully occupying the property and there was no registered land claim against it.

Mr Rix said the Tokai community had been fantastic, bringing blankets and food. He plans to raise money to fix the house. “If it’s left to the powers that be it will stay like this forever,” he said. 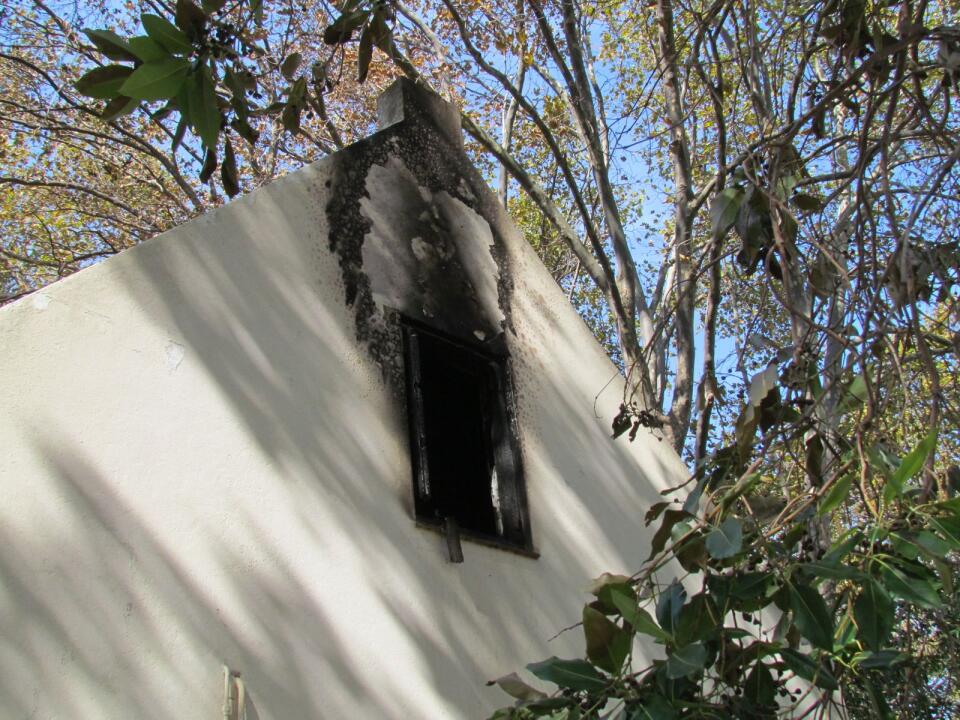 1/5: The cause of the fire was an electrical fault in the roof. 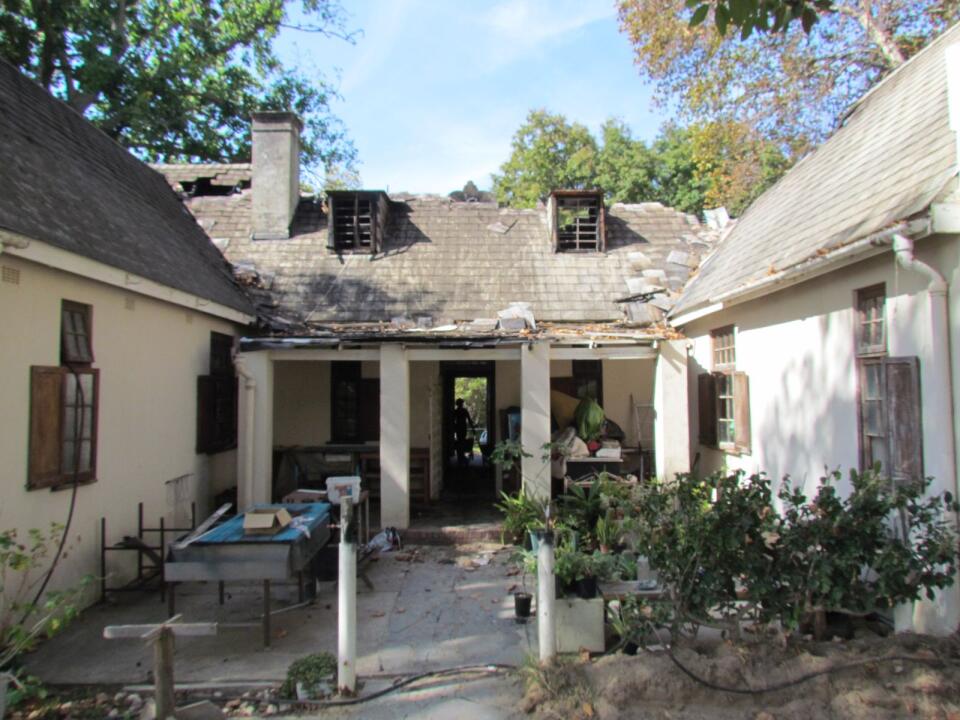 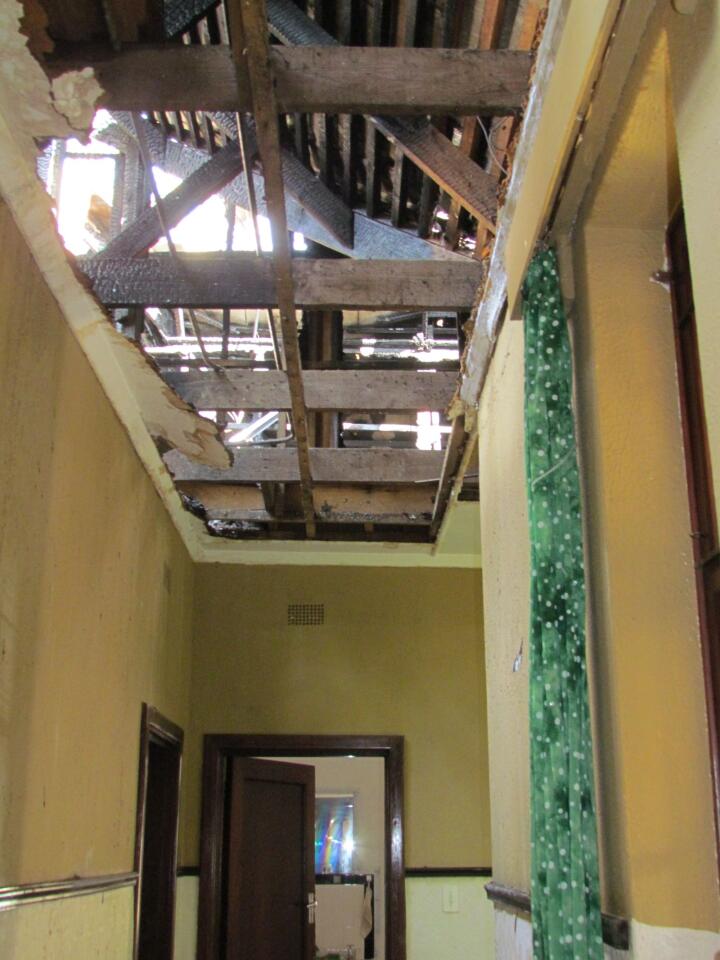 3/5: Damage to the ceiling and roof of the house. 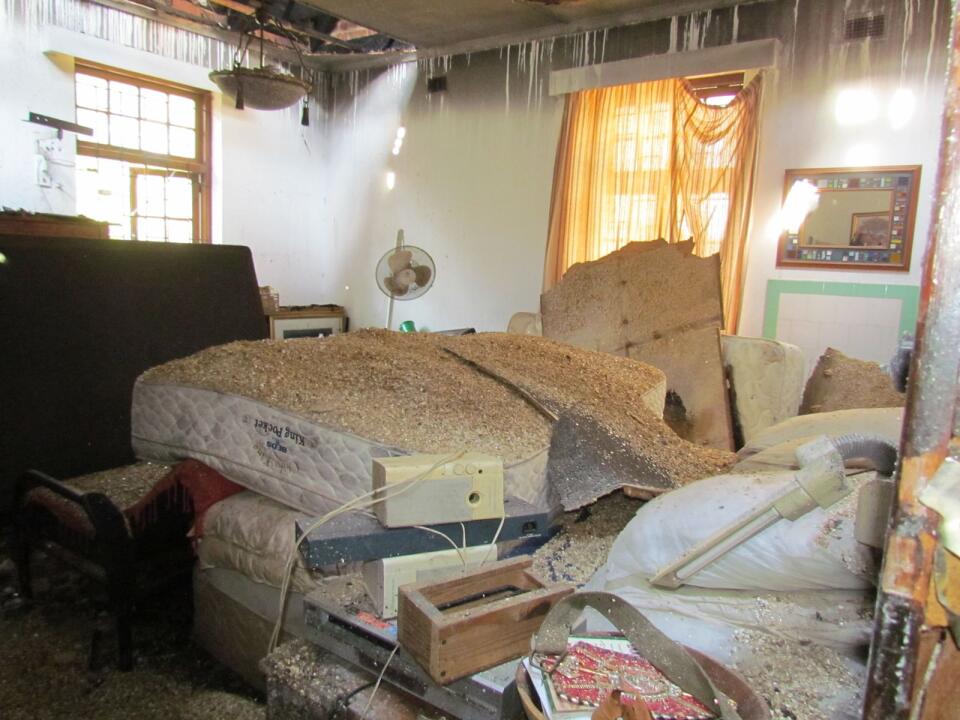 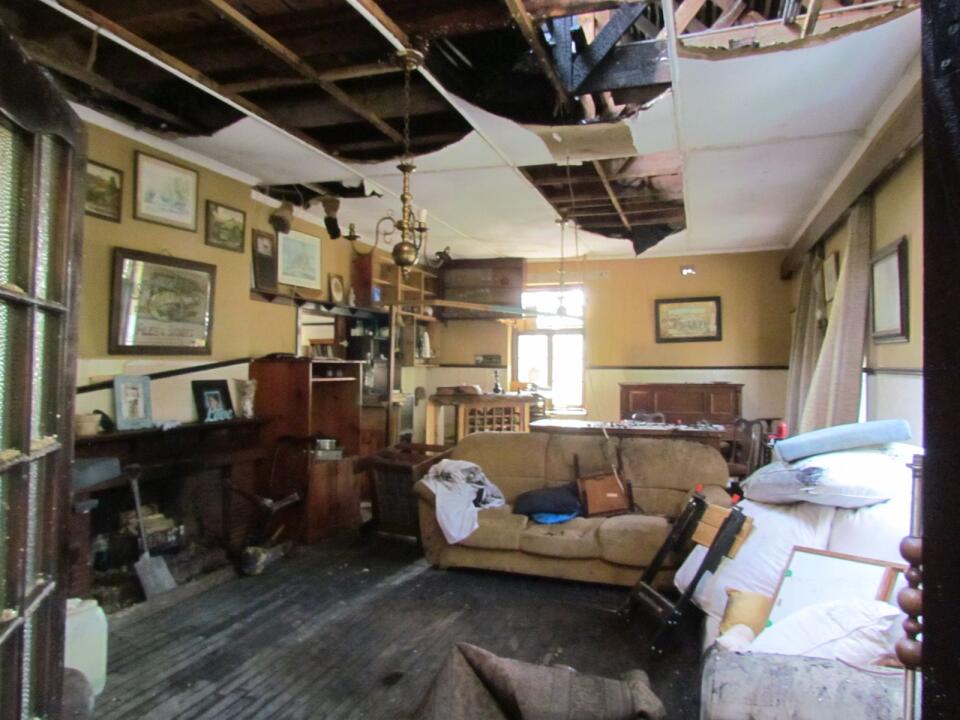 5/5: The lounge of the heritage house.